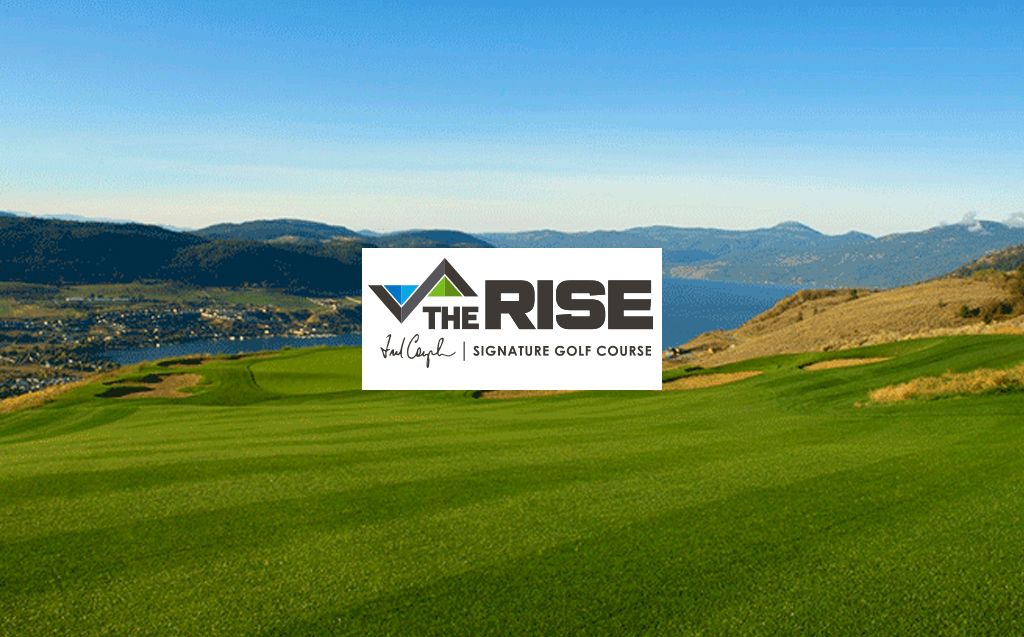 Search for Tee Times at The Rise GC

“The Rise Golf Course is located on the edge of Vernon in the Okanagan Valley in the interior of Beautiful British Columbia. 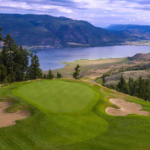 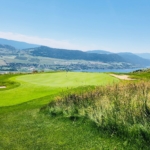 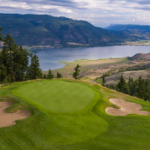 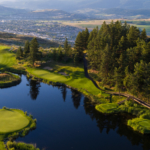 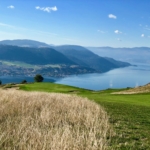 The Rise Rates per Player:

Friday – Sunday including holidays:  $105 plus GST

Play Golf BC Rates per Player:

The Rise Golf Course is located on the edge of Vernon in the Okanagan Valley in the interior of Beautiful British Columbia. Surrounded by majestic lakes, marvelous vineyards and magnificent views, the golf course is carved into the mountainside providing breathtaking vistas on every hole. Designed by golf legend Freddy Couples, the course optimizes the natural beauty of the area while maintaining a professional edge that can challenge even the most seasoned golfer.

The welcoming and friendly area of Vernon is the perfect place for a relaxing getaway or a holiday with the family. From boating, to hiking to biking and exploring, the Okanagan provides unending adventures.

Perched 1,000 feet above Okanagan Lake, this spectacular layout will accommodate golfers of all abilities. With generous landing areas and five sets of tees on every hole, The Rise Golf Course will offer a balance of variety, enjoyment and challenge.

Each hole is distinct in its character with dramatic elevated tees and breathtaking views of Okanagan Lake on 12 of our 18 holes.

Come Rise to the occasion and book your tee-time now. 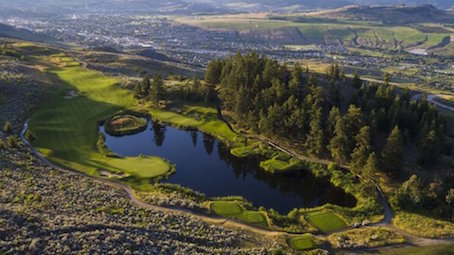 Approximately one-third of the entire property has been preserved and returned to its natural state to aid in wildlife and ecosystem conservation.

Reclaimed grey water from the City of Vernon’s water reclamation plant is used to irrigate the boulevard landscaping and golf course.

Local plant species are featured prominently in rough areas and in neighbourhood landscaping.

Stay tuned for more information on the new clubhouse and dining experience. 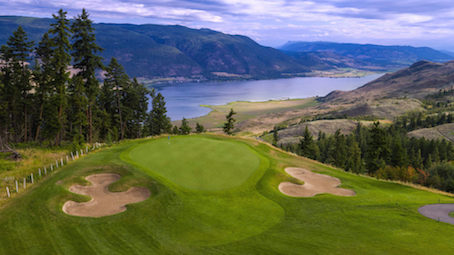 The Rise an exceptional place to tee it up

VERNON, B.C. — As one of only two Fred Couples’ signature courses in the entirety of Canada, The Rise Golf Course, located in Vernon, is one place you won’t want to skip on your next journey to the Okanagan Valley in British Columbia.

“It’s only one of two courses in Canada that is a Couples’ design. The other is in Quebec,” stated the course’s Director of Golf, Chad Scott. “I think that is important to the older demographic that remembers Freddie, know who he is and all his accomplishments …. those people see the value, the prestige he brings to a golf course. That name carries a lot of weight for our customers, our guests.”

Rising high above the city of Vernon, The Rise has undergone a few changes since its inception and those are making this mountain-side track an even more enjoyable play. Under its new ownership, some changes have been made to improve the 18-hole layout’s playability and enjoyment factor.

The biggest change out there is the second hole, going from a demanding par-4 uphill monster into a somewhat more gentle par-5,, although at least part of the uphill challenge still remains. That takes it from probably being one of the hardest holes in the Okanagan Valley down a notch, but it still offers challenges.

“It was an extremely hard hole, quite severe. We’ve always said of it that if you get a bogey, take it and run! We’ve softened it up quite a bit,” by shaving the fairway down to the level of the tee boxes so your opening shot isn’t impeded by the severe slope of the hill. As well, the trees bordering the left side of the fairway have been thinned, allowing players an easier second shot if they stray a bit on their opening volley. “”You can at least find your ball there, get it out,” explained Scott. “It makes the hole a bit more playable.”

Another major change is coming on the sixth hole, a downhill par-3 that will most likely become the signature hole on this layout. “When the course was built, the original vision was to have a pond (fronting the green) and a waterfall off the rock face,” explained Scott. “It was never completed so in the spring we’ll finish it and I think it will become one of our most memorable holes, that’s for sure.”

Also coming down the line is a new clubhouse on No. 18 which will offer an outstanding view of Okhnangan Lake far below. The hole will change from its present par-4 test into a par-3 but that won’t take anything away from the finish.

“There’s no rule that says you have to end on a par four or par five,” said Scott about the shortened hole. “I think with this par three, when everyone gets up there and stands on that tee box, looking down at the green and the spectacular view of the lake, that’s all they’ll talk about. To finish with that view, that shot, and that look all around, it’s going to erase any criticism,” of the length of the hole which will become “about 180 to 190 yards from the back tee.

In describing the characteristics of this unique layout, where hitting it straight is a good thing, Scott agreed there some blind tee shots that keep you on your toes. Because of that, if you have a moment waiting for the group in front of you to clear, take a drive ahead to see where you want to go if you’re new to this track. And make sure you have your camera ready for some awesome shots, even if perhaps your golf clubs don’t have an abundance of those.

In summation, Scott said, “We’re completely experience driven here. For anyone that walks on the property, it’s an experience of the views, the layout, and how each hole is separated from the others. We’re a thousand feet above the lake and it’s a special spot.”

So as The Rise undergoes changes for the better, the excitement about this Fred Couples’ design will continue to rise. After all, it is in rare company in this province, let alone the rest of the country.

For tee times at The Rise, go to playgolfbc.com and follow the Links.

Thank you for visiting the Play Golf BC website.