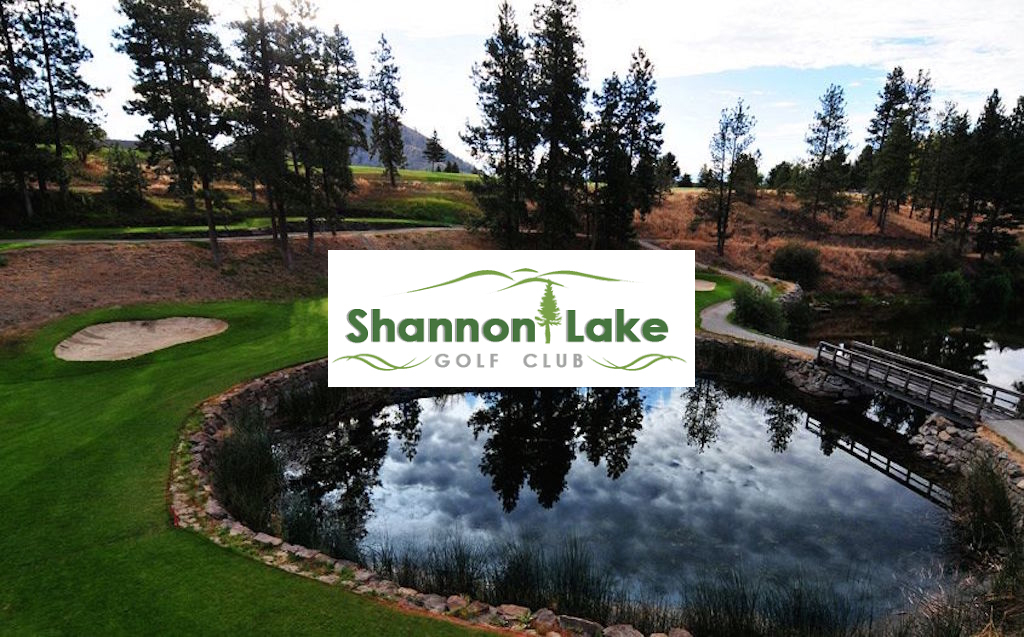 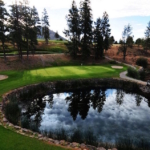 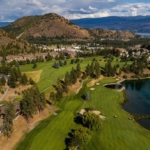 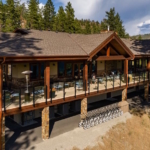 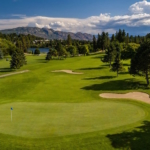 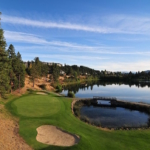 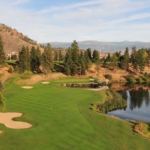 Monday – Sunday including holidays:  $89 plus Tax 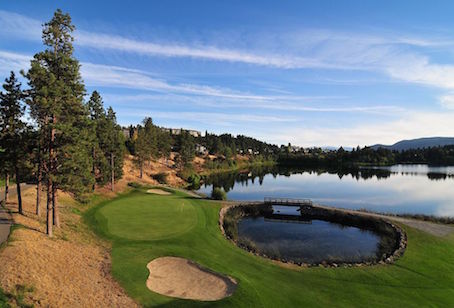 Shannon Lake Golf Club, playing amongst towering pines with moderate elevation changes, is a true test to golfers of all abilities. The signature 8th, a long risk/reward par 4, plays alongside beautiful Shannon Lake.

Recent improvements around the facility include a new clubhouse and rerouting of the course in 2015, the start of renovations to the top corner of the property (13/14) in 2018 and a new on-course comfort station / snack shack in 2019. The rerouting facilitated a superior 9-hole experience and allowed Shannon Lake to provide improved play options and packages. 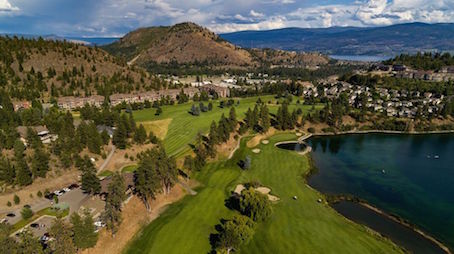 Improvements at Shannon Lake GC make it an Okanagan must-play

WEST KELOWNA, B.C. — As the only full length 18-hole layout in the West Kelowna area, the Shannon Lake Golf Club offers players a variety of interesting holes and challenges as well as changes.

After a number of upgrades over the past few years, including a brand new clubhouse after a fire destroyed the old one, this is a must-play for the travelling golfer who’s looking to get away from the big name courses in this part of the Okanagan Valley area.

Speaking to the appeal of his track, General Manager John Jacoby noted it’s a great place to bring out the big stick. But, he cautioned, don’t get too carried away with the thought of whaling away to your heart’s content.

“Although it’s a shorter course you can hit driver almost everywhere,” he pointed out before adding, “but don’t let that fool you. The greens here even things up pretty quickly.”

From its deepest points, Shannon Lake plays to just over 6,100 yards, but again, listen to the Pro’s advice and don’t think this layout is a walk in the park. It offers some unique and challenging tests that will have you scratching your head after seeing some unwanted results and vowing to do better on your return visit. The course plays to a par-70 for men (71 for women) and includes three par-5s and five par-3s.

As to the on-course alterations that have taken place over the past while, Jacoby explained that those have made a dramatic change in how the course now sets up.

“I guess the biggest things that have happened over the years, is back in 2013 we lost our clubhouse. Fast forward a few years and now we’re in a brand new clubhouse. And, I guess it’s five years ago now, we rerouted the golf course. We had issues with safety going across Shannon Lake Road,” but those have now been alleviated with a tunnel being built in 2010.

With the changes to the course routing, more players were able to take advantage of a shorter outing, with 9-hole playing options now being teed up more often at the course.

“We had sort of a nine hole links style, for lack of a better term, and a nine hole layout that finished about 1,000 yards from the clubhouse which wasn’t good,” explained the pro. “We changed the order of play a bit,” in order to accommodate those wishing to play only nine holes. “Now you go through the tunnel four times now instead of twice,” over an 18-hole round and those familiar with the course have loved what’s taken place in the transformation.

As well, a hospitality centre, including a washroom and snack shack were installed near the fifth tee. With players passing that area up to four times in an 18-hole round, albeit once is when they approach the 18th tee box, everyone is happy with the availability of those amenities.

“Now, I would argue that we went from probably the worst on-course food and beverage in terms of service,” since a beverage cart formerly couldn’t reach spots on the course, to what is now one that is hard to beat, and match, anywhere in the valley.

Speaking about course conditions, they’re outstanding, said the GM. “I’d argue that the customer experience and the customer satisfaction has been very, very positive.”

Given its location, Shannon Lake can open, and has, at the beginning of March and the season runs through into November, meaning when winter strikes in other parts of the country this course is still open for play.

As a newcomer to this track, there’s lots to look forward to at Shannon Lake, including as the pro says, “Pretty much banging driver on every hole. The character of Shannon Lake is the greens. They’re tough to read and pretty quick. Breaks look like they’re going to go one way and they go the other. It has green sites that are unique and cool. And there’s beautiful trees and elevation changes,” meaning that every club in your bag is going to see action at this pristine valley layout.

For tee times, go to playgolfbc.com and follow the B.C. links.

Thank you for visiting the Play Golf BC website.